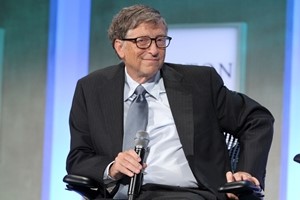 Any longtime Windows user has had the displeasure of wading through the operating system’s often tedious update process. Moving at a glacial pace, Windows system updates have often been something of a time sink for many PC users. The time it takes to download and install a major system update, not to mention reboot the machine to put it into effect, can seem like a lifetime. Microsoft is hoping to fix all of that with its latest OS release, Windows 10. However, the manner in which the software giant is going about addressing the issue is raising concerns of its own.

Microsoft’s plan is to give users the option to download system updates through peer-to-peer connections. Traditionally, Windows Updates have been through a single source, which can cap the speed at which files are downloaded. By switching to a P2P framework, however, PC users can download updates simultaneously from different sources, drastically reducing the amount of time needed carry out this process.

As Ars Technica’s Peter Bright noted, this move to P2P makes sense for Windows 10 in particular, as Microsoft intends to continually build out the OS’s functionality over time. If critical – and required – updates are going to become regular occurrences, then finding a way to make the whole process go faster seems like a no-brainer. So what’s the downside?

Could Windows Update turn into a data hog?
Some individuals have raised concerns that these same P2P connections could result in PC owners unwittingly uploading large volumes of data to other Windows users. The issue here isn’t really about security. It has to do with bandwidth usage and the effect that being perpetually plugged into a P2P connection could have on network performance. Once people have downloaded a fresh Windows Update, they may then serve as sources for other users to download that same file or series of files. Given the potential size and frequency of these updates, Windows 10 users could see their network performance plummet because they are uploading so much data for this one process. This could be problematic for consumers and businesses alike.

The concern has some merit: PCWorld’s Brad Chacos recently explained that Windows 10’s default status is to enable P2P sharing with computers outside of an individual’s network. This means that PC owners will need to go into their settings and disable the feature if they are concerned about Windows Update hogging all of their bandwidth. According to Chacos, this is thankfully a fairly painless process. After hunting around the advanced settings for Windows Update, users should have no trouble finding the subdirectory detailing how updates are downloaded. From there, it’s just a click of the mouse, and the P2P connection is disabled.

It’s possible that there’s nothing to fear here, and that Microsoft has proactively put measures in place to prevent system updates from putting a strain on bandwidth. For the time being, however, it may be wise for Windows 10 users to keep an eye on how much their uploading through any P2P connections, as well as any effect it may have on network performance.

For more updates regarding Windows 10 and other technology trends, visit our breaking tech news page!