Two Apps That Deserve Your Attention 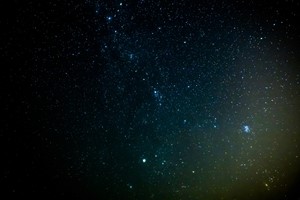 Here are some new apps that deserve your attention.

If you were to sit down and count the number of apps in the Google Play store alone, it would take you around three weeks – or more. That’s because, as of July 2015, there are 1.6 million apps being offered via Google‘s app platform. Apple is not far behind, with 1.5 million apps for its many app-hungry users.

We live in a world where there’s an app for practically any function we can think of. And if one doesn’t exist yet, it probably will soon. For the tech up-and-comers of Silicon Valley and beyond, the prospect of creating the next big app is the force that gets them plugging in every day, and as a result new apps are appearing on various app platforms all the time. In fact, apps crop up with such extraordinary frequency that the huge majority simply get lost somewhere in the mix. Yet for the app developers that made them, that’s usually not too discouraging – it just means it’s time to build another application. For the inventors of the hugely popular Snapchat, for instance, the ephemeral messaging app only materialized after a long period of trial and error with other projects. Now, a recent valuation put Snapchat at around $16 billion. That’s the kind of number that keeps app developers experimenting, releasing apps, and going back to the drawing board.

What to choose?
But for consumers, what the frequency of app releases does is create app stores that are overwhelming, to say the least. With 1.6 million options to choose from, smartphone and tablet users are put in a position where they have to be very discerning about which apps they choose to upload to their devices. After all, no mobile user wants to have to sift through hundreds of apps to get to the ones he or she uses frequently. What successful and happy mobile users discover is that it’s better to have a small, well-selected and frequently used batch of apps than having 93 apps you never use.

Of course, there’s always going to be a big demographic that snags every single app that sounds cool, regardless of its utility or whether or not it even belongs on a phone in the first place. Thus, we get gems like iJiggly, an app whose sole function is to make things in your photos jiggle (and it costs $1.99!). You might think we’re being too harsh. Hey, what’s the harm in downloading a pointless app? It’ll provide a few minutes of entertainment, at least. But the issue is that apps don’t just function to keep you entertained, however fleetingly. They also keep your phone’s memory and functional capacities thoroughly occupied. And when a user has too many apps on his or her device, the background functionality of these apps can quickly eat into the phone’s computing power as well as – gasp! – your monthly phone bills.

So yeah: When it comes to apps, it pays to consolidate. To help with that, we’ve decided to highlight two apps that we think are definitely worth your time (and your phone’s memory). Far from being apps that cause things to jiggle, these are programs that can actually improve life:

The app: Beme
What it does: It’s a video sharing app that’s aimed at providing users with the means to “instantly capture real moments from the world around you with a simple gesture and without interruption.”
Who made it: Casey Neistat (vlogger, YouTuber and noted social media master) and Matt Hackett (once a VP of engineering at Tumblr)
Target users: People who find video to be the best way to communicate with others, as well as those who love selfies.
Why it deserves your attention: People who follow Casey Neistat’s exploits know that he’s a dude who’s learned how to live life to the fullest – and share it with the world. A professional videographer who’s shot commercials and had his own HBO show, Neistat’s true passion is YouTube, where he shares occasionally irreverent, occasionally profound, always entertaining videos with his 900,000 subscribers. Neistat has a knack for tapping into the zeitgeist and making the kinds of films that people will enjoy. In his public call for better bike lanes, for instance, he filmed segments of it with him atop a bike in New York City, leading to some pretty gnarly collisions. Over the years, Neistat has often turned his lens onto himself, giving viewers a glimpse into his colorful life and how he sees the world.

Scroll through any of Neistat’s videos and you’re bound to find many comments to the effect of, “Man, I want to live this guy’s life.” With Beme, Neistat isn’t exactly giving users the formula to live his life of excitement, but he is giving them a way of documenting their own lives as they actually live them. The central conceit of Beme is that it takes the artifice and performative element away from users’ social media offerings.

“You start recording by placing the phone up against your chest, forehead or any other location (a finger also works) that would cover the sensor,” TechCrunch explained in its coverage of the app. “While you are capturing video the screen goes completely black, and users have no way of previewing their content before it is automatically shared. Viewing others’ videos is done via a Snapchat-like interface where you hold your finger down to play, and when the video’s over, it’s gone forever.”

In this way, users’ content is hypothetically unfiltered, in stark contrast to, say, the many filters that Instagram offers. As a concept, Beme is quickly gaining traction, and its users had shared a total of 1.1 million videos within a week of its release. While the goal of Instagram often seems to be to proliferate perfection – Look at this perfect meal I made! Look at my well-manicured dog! – Beme lets its users reveal what 15-year-old Natasha Serrano (and Beme user) called “the raw.”

The app: SkyView Free
What it does: Turns users’ iPhones into a sky reader – by pointing your phone at the starry night sky, the app is able to identify constellations, stars and other wonders of the universe.
Who made it: Terminal Eleven LLC
Target users: Really anybody who’s ever had even a fleeting interest in the cosmos – or anyone who found their college astronomy class to be marginally interesting
Why it deserves your attention: All too often, apps turn us inward, guiding our heads to our device screens and away from the world in front of us. Some of the best apps out there, however, are the ones that encourage us to look back out at the world – or, in the case of SkyView, up at it. The great thing about SkyView is that it’s not one of those apps that has any sort of money-making angle to it. It doesn’t try to hook you into its own world, or sell you a product. Instead, it simply provides a means of enhancing the sky that exists outside of your phone’s screen.

The app’s origin story illustrates its earnest intentions. Unlike so many apps out there, SkyView was not founded to rake in the big bucks – instead, it was started by some engineers who were doing what they loved.  The engineers comprise an app developer group called Terminal Eleven, and the group has been the recipient of various awards, including Apple’s App Store Best of 2012.

“If you’ve ever been looking for a stargazing app for your iPhone,” CNET stated, “then this [is] definitely the one to get.”

The app functions by leveraging your phone’s camera technology, and pairs that with its recognition technology to illuminate stars, constellations, or other things you may be looking for in the sky. Thanks to little informative tags, you also have the opportunity to learn about the things you’re looking at. Also, because everything’s programmed into the app already, you don’t need Wi-Fi to have it function, which means it’s the kind of tool you can use in a remote patch of grass, when you simply want to look up at the stars and learn more about them. In this way, the app succeeds as a resource that opens up the world, instead of limiting it to your phone screen.

Whether you choose to download these apps or not, there are millions of others to choose from – though that doesn’t mean you should go out and download iJiggly. For the kind of news that can help you to make informed app choices, follow our mobile apps page.