How Technology is Making the Ebola Scare Better – And Worse 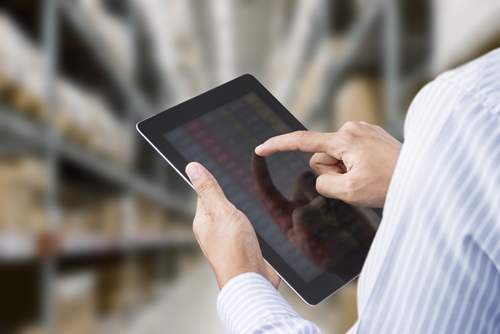 A highly connected world is a mixed blessing. On the one hand, it offers unprecedented public access to information and expertise. Never before have we been closer to the people who make decisions in the world. From congressional Twitter accounts to municipal government Facebook pages, social media provides the avenue through which we can play a key role in decision-making processes. But on the other hand, interconnectedness means that the potential for misinformation is also heightened. And when distortion becomes disseminated as legitimate news, the potential for damage is high.

Fear spreads faster than anything else
Amber Joy Vinson boarded a Frontier Airlines flight from Cleveland to Texas on Oct. 13. According to The Blade, Vinson had a slight fever at the time, which wouldn’t be cause for alarm except that she’d been one of the nurses to care for Thomas Eric Duncan, the first Ebola patient to die on U.S. soil. Shortly after returning to Texas, Vinson’s condition worsened and she notified authorities, who immediately isolated her. She was the second of Duncan’s nurses to test positive for the infectious disease (the first, Nina Pham, is currently being treated and is reportedly doing well).

Vinson’s diagnosis prompted a flurry of activity in Ohio from people who were concerned that they’d potentially been exposed to the disease. The Blade reported that an Ohio Ebola help line set up in the wake of Vinson’s diagnosis was inundated with over 400 calls, with more presumably flooding in. This kind of response is certainly understandable given the scary details that have emerged about Ebola,  but it doesn’t make as much sense when you consider these central facts about the disease:

There’s a reason why the only two current confirmed Ebola patients in the U.S. are nurses who cared for Duncan: It’s because those primarily at risk of contracting the disease are people who have direct contact with it, like healthcare providers and close family. If Ebola spread like the common cold or the flu, it would be a vastly bigger problem right now than it is. Yet the degree of threat posed by the disease has been amplified by the viral power of media distortion. When it comes to skewering the panic the media’s been conjuring, who better to turn to than The Daily Show’s Jon Stewart, for a segment called “Au Pon Panic.” In it, Stewart assembled several news clips that were shockingly inaccurate about the disease and its presence in the U.S. Among them:

Stewart put it best when responding to this last clip: “Sessions is carrying a dangerously mutated, sanity-resistant strain of fear that has now gone airborne.” Fortunately, there are antidotes to this virulent sense of fear, and they can also be traced to the highly connected world we live in. Consider, for example, a recent Reddit AMA with author Richard Preston. A writer and infectious disease expert whose 1994 book “The Hot Zone” traces the emergence of Ebola, Preston fielded a host of questions from the general public on the popular website. His reasoned responses – and the reasoned questions he was asked – show that connectedness can be productive too.