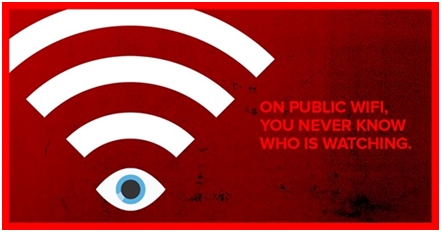 Clearing the streets
The program was first launched in October 2012 with a total of five solar trash compactor units in the city. By early 2013, the program expanded to an additional 11 compactors and later 16 recycling units.The program then grew to a total of 158 compactors spread all over Lower Manhattan. The Bigbelly stations allow for the recycling of paper, plastic or gas in each specified bin. The units are solar-powered and monitored by technology, notifying staff when they are full and need to be emptied. Not only are they promoting resource recycling, these bins have also led to a more efficient use of staff with the need to empty full bins reduced by nearly 75 percent.

The effort to make New York streets cleaner was a success. Last fiscal year, the bins collected a total of more than 367 tons of waste. Overall, the units have collected more than 37 tons of paper and 27 tons of bottle and can recyclables. These solar waste bins are able to hold five to six times more than convention cans. The downtown streets’ number of garbage bags collected has drastically decreased, freeing up the sidewalks for residents, workers and visitors. Downtown Alliance President Jessica Lappin stated, “This expansion furthers the Downtown Alliance’s commitment to keeping Lower Manhattan clean – and in the most innovative, efficient and effective way possible.”

Hot Spots
Last winter Bigbelly threw a curve ball into its already innovative creation: Wi-Fi. The company equipped two of its smart bins with wireless Internet in downtown Manhattan. Not just any Wi-Fi, though. This was 50 to 70 megabits per second, fast enough to download an HD movie in nine minutes or upload 200 photos in about 27 seconds. Wi-Fi on the street level means that the wireless signals that are usually blocked by skyscrapers is no longer an issue.

New York City payphones are also being replaced with “Links” which offers Wi-Fi-enabled free charging stations, free domestic calls and a tablet with city information. The first Links should be installed and online by the end of the year, and after that 10,000 of them are to follow across all five boroughs. Naturally, one has to inquire: free Wi-Fi? What’s the catch? Both the payphones and the garbage cans will display advertisements for revenue. CityBridge, the company managing the Links, estimates that ad revenue will net the city $500 million in the first 12 years. But until then, if you see a crowd forming around NYC’s trash, you’ll have an idea why.

For the latest news on technology trends, visit our Emerging Tech page. For breaking tech news about the latest devices and for more information about other products including Wi-Fi news, visit our page devoted to Electronics, Devices and Hardware.