Social Media Marketing: A Blend of Art and Commerce 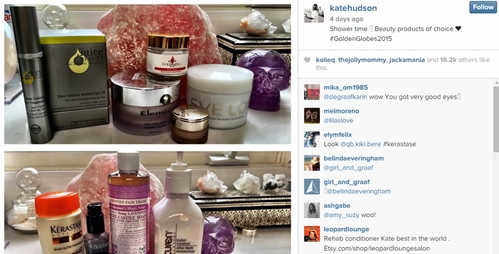 Everywhere we’re bombarded with celebrity brand ambassadors. Whether it’s an ad in a magazine, a commercial on television or a post on social media, they all attract attention. Take Justin Bieber in his recent Calvin Klein advertisement, for instance. After the photo of him sporting Calvin Klein underwear was released, the brand’s social media credentials rose to a total of 3.6 million followers. In addition, the campaign’s hashtag #mycalvins generated 1.6 million Twitter mentions in the first 48 hours. That’s five times the number of Kim Kardashian’s #breaktheinternet mentions for Paper Magazine, according to Women’s Wear Daily.

Whether it’s negative or positive, consumers respond to familiar faces, and as a result, it stirs up a social media conversation. But what about less familiar faces? Popular Pays, a Chicago-based start-up, is a company where it literally pays to be popular. This app combines social media and marketing for everyday people, changing the way in which consumers benefit from technology.

When social media and money collide
For years brands have been utilizing social influencers to boost their sales. They send free samples and products in exchange for a mention on social media, turning everyday users into self-marketing machines. Popular Pays allows Instagram users to earn money by taking pictures with products. Here’s how it works: Companies list what kinds of social media posts they want and what types of “influencers” they prefer to represent their brand. The influencers choose which companies they want to promote. Sometimes the payment is the free product or for users with a large follower count (above 40,000), the company can pay the user in cash. But here’s the catch: you must have at least 500 followers to join as a user.

The products can range from a cup of coffee (500 followers) to a one night stay in a hotel (20,000 followers). The deals are based on geographic location. Users can look at a map to see in mile radiuses what business intrigues them.

“All the influencers can look at their app and see where they can go. The thing about our app is that we drive social users to these businesses,” says founder Corbett Drummey in an interview with Sprout Social.

If a user sees that a free doughnut is within her or his walking distance, even if they’ve never been to that shop, odds are they’re going to go. This way, businesses are getting promoted to individuals as well as their social media followers. Drummey says he considers Popular Pays to be word-of-mouth advertising and believes it to be the best. Because users are posting their own photos, it feels more personal. That way, both parties are reaping the mobile marketing benefits.

A branch of mobile marketing
Recently, Instagram announced that it has more than 300 million users, sharing more than 70 million photos and videos each day. In addition, users tap the “like” button 2.5 million times daily. This should come as no surprise given people today predominately access the Web via their smartphones and mobile devices.

Studies show that customers are now searching for and viewing their favorite businesses through their phones including shopping, research and interacting with companies.

“Social influence as a currency is going to be the next big thing in advertising, or at least a big piece of advertising,” says Jason Peterson, president and chief creative officer at Havas, a Chicago-based ad agency, according to the Chicago Tribune.

Popular Pays eliminates the wall between consumer and producer, changing the way in which everyday people utilize and benefit from technology.

To stay up-to-date on social media news and other breaking tech news, don’t forget to visit our Electronics, Hardware and Devices page.