Social Media and the 2016 Election 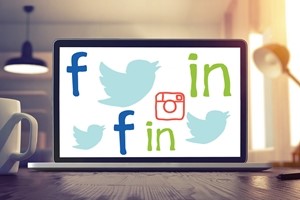 With the 2016 election on the horizon, social media is already playing a part, and that will only continue to increase.

Social media played an enormous role in the 2012 election. It had the power to change the way the public, specifically millennials, viewed the candidates. The 2012 election day broke the Twitter record of being the most tweeted event in U.S. history. With the 2016 election on the horizon, social media is already playing a part, and that will only continue to increase.

The ‘you’ factor
Technology is making it much easier for campaigns to personalize their messages. With access to the public through sites like Facebook and Twitter, supporters can be pegged down easily by a campaign. Political staffers are looking for the kinds of people who share their content, forward the emails, respond to a poll on Twitter, etc. Once determined an “influencer,” campaigns will gradually start sending these people more emails and information in hopes that they will share it with their social media circle. They may even recruit these individuals to make phone calls and do field work.

“The big new thing in the 2016 election is going to be finding supporters who will help carry the candidate’s message to their friends and family,” said Mike Conlow, technology director at digital strategy firm Blue State Digital and former deputy chief technology officer of President Barack Obama’s 2012 campaign, in the San Jose Mercury News. “A supporter talking to their friends and family is more powerful than the campaign blasting out their message.”

Social media’s effect
Campaigns will be seeking out new ways to give these influencers positive reinforcement similar to a “like” on Facebook or a “favorite” on Twitter. Because Americans spend more and more time on social networking sites, they are bombarded with information and news everywhere they look. Candidates have taken notice of this. For instance, Hillary Clinton shared “The Official Hillary 2016 Playlist” on Spotify with tunes like Katy Perry’s “Roar” and Ariana Grande’s “Break Free” while Marco Rubio posted a photo of his “Marco Polo” shirts he is selling on Instagram. Candidates are aware that in order to engage millennials, they need to build their social media portfolios.

“We know this is where people are having the conversations. This is where they’re going to learn about the people who are asking for their votes,” Matt Compton, digital media director for the Democratic National Committee, told Fox News Latino.

Numbers don’t lie
No matter what the medium, the 2016 presidential candidates are learning to keep their social media presence thriving to connect with young voters. So far, Hillary Clinton is the front runner, with 4.7 million Facebook users who discussed her candidacy with 10.1 million interactions in the first 24 hours after it was announced. Republican candidate Donald Trump’s campaign gained 3.4 million Facebook users who generated 6.4 million interactions, which is the highest among all 2016 GOP candidates so far. Sen. Ted Cruz from Texas is third in line with 2.1 million users and 5.5 million interactions during the first 24 hours of his campaign, according to the San Jose Mercury News.

“Social media is the new ‘coffee shop’ where neighbors, friends, colleagues and family gather to discuss issues, talk about the candidates and influence others,” Cruz campaign manager, Jeff Roe, said in a press release.

In order to succeed, candidates must make themselves visible on all forms of social media to get their political messages out and to ultimately obtain their presidency goal.

For the latest news on technology trends, visit our Emerging Tech page. To stay up-to-date on social media news and other breaking tech news, don’t forget to visit our Digital Media page.