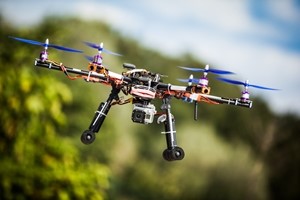 Video game and technology company Sony announced July 30 that it experienced huge financial victories during the first quarter of 2015.

Video game and technology company Sony announced July 30 that it experienced huge financial victories during the first quarter of 2015. According to Reuters, the company’s profits increased to $780.8 million, or 96.9 billion yen, from April through June of this year, a 39 percent raise in profits for year-over-year analysis. This number is higher than analysts’ predictions of 73.3 billion yen. Uncertainty over these numbers and fears of stock dilution caused Sony shares to drop 8 percent before the earnings announcement, but those stocks have now recovered their losses thanks to the posted profit gains.

What’s making the tech giant post such significant gains? The company’s first-quarter success may be attributed to a number of things. Here are a few of them:

1. Sony absolutely killed it at E3
The Electronics Entertainment Expo is held annually to showcase the latest video games and technologies that are being developed by top players in the industry. During the week-long event, companies like Nintendo, Sony and Microsoft give presentations to media and gamer populations alike. This year’s E3 presentation for Sony gave gamers a glimpse of a few old friends and several new ones, but the show-stealers included the announcement of a Final Fantasy VII remake and a release date for “The Last Guardian,” the long-awaited final installment of the trilogy that began with the games “Ico” and “Shadow of the Colossus.” The Final Fantasy remake especially gave fans reason to shout with happiness, as it’s something they have been asking to see for a long time.

According to the quarterly report, video game hardware and software sales increased by 12.1 percent year-over-year to $2.365 billion. Most of this increase was due to Playstation 4 software sales and PS4 peripheral device unit sales. Reuters reported that operating income increased by 351 percent for similar reasons. Sony‘s announcements at E3 no doubt served to spur sales and generate increasing excitement about the company’s future.

2. Investment in drones
The Guardian reported late in July that Sony is getting ready to heavily invest in camera drones in a partnership with the autonomous driving company ZMP. With this venture, Sony‘s new company, Aerosense, will produce drones for aerial surveillance and reconnaissance for industrial use.

Drones are becoming more popular as the technology is better understood. Amazon, for example, wants to use drones to deliver products and recently announced that it is willing to go so far as to create its own highway in the sky for those machines. Facebook has also launched a solar-powered drone that will provide roaming Internet access for people in remote parts of the world. Sony‘s investment in this burgeoning area of technology demonstrates a desire to infiltrate a growing market. The company hopes that Aerosense will provide advanced drone solutions to the industrial sector and solidify Sony‘s place in the automated technology industry.

3. Image sensors
Financial Times contributor Kana Inagaki reported that Sony‘s second-quarter profits had a lot to do with skyrocketing demand for image sensors, which the company now counts among its strongest-selling products. During this quarter, sales of camera sensors increased 62 percent over the same period from 2014. These sensors are used in devices like the latest iPhone 6 and the Samsung Galaxy S6, two of the most popular phones on the market right now. The company has said it would use capital gains funds to increase the production of these sensors.

Sony and other big industry players announce breaking tech news on a regular basis. Be sure to check out our emerging tech and industry news pages to keep up with everything happening in the technology industry!