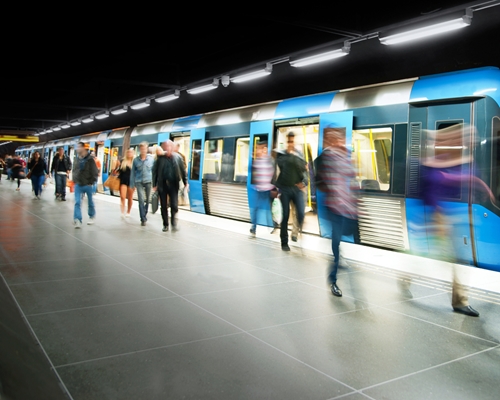 Hey Thomas the Tank Engine – there’s a new sheriff in town. It’s called the JR Tokai, and it will be the fastest train in the world. But before we chug ahead to 2027, when the train system is set to be launched, let’s backtrack to 2004, when the idea for this truly futuristic train first took shape.

Two words: Magnetic levitation
When the woman or man who came up with the idea of magnetic levitation for trains made the initial pitch, perhaps they were greeted with a quizzical stare and a casual inquiry into how much Harry Potter they were reading. But as it turns out, magnetic levitation train technology is not just a possibility, but an attainable reality, thanks to a project currently being undertaken in Japan.

As Business Insider reported, a prototype of the JR Tokai was first created in 2004. Apart from its positively jaw-dropping speed – literally, if this thing whizzes by you, the windstorm will force your jaw down – the Tokai boasts one singularly awesome feature: It will be the first flying train. Well, OK, not quite. But, as BI explains it, “Maglev, the technology behind this engineering mastercraft, uses a magnetic charge to lift the train in the air several inches above a guideway of concrete, enabling convoys to move without friction.”

Here’s the thing about Japan, though: While the idea of a train this fast and futuristic may be crazy for us to think about, it’s pretty predictable for them. That’s because the country has for many years featured high-speed bullet trains that reach up to 200 mph. The Tokai will bring that speed up to 300 mph, which is definitely vastly speedier, but perhaps not quite as impactful for a country that already knows how to travel lightning fast. The next time you come to a complete standstill on the Amtrak, just consider that.

The future is magnetic – and we’re in its grasp
Now that the Japanese government has approved plans to get this new line up and running, a firm called Central Japan Railway will move ahead with the development phase, according to South China Morning Post. The inaugural magnetic track will link the cities of Tokyo and Nagoya. Whereas a trip on the bullet train from one of those places to the other takes almost 90 minutes, the Tokai will cut that down to 40 minutes.

“According to the plans, 86 per cent of the [178 mile] Tokyo-Nagoya line will be in tunnels and trains will run more than [.02 miles] below ground in urban areas,” SCMP stated.

But as with all major inventive undertakings, there’s the idea and then there’s the reality, and as some experts have pointed out, it may be a challenge to reconcile the former with the latter. Transport minister Akihiro Ota, for instance, stated that the construction of the railroad could end up posing some environmental issues, which is definitely something that will need to be dealt with if the project wants to see completion. Also, considering this is a project that will cost hundreds of billions of dollars, it’s not unlikely that the hefty tab of construction will also present some hurdles to the design team.

Still, the mere fact that the capacity for magnetic levitation technology exists is something that gets the inner geek in us stirring, and it gives us all the more reason to book a ticket to Japan – for 2027, of course. Until then, I guess we’ll just bide the time with some Harry Potter books, and ask ourselves if there’s any chance the Tokai will drop us off at Hogwarts.