Question: How Do You Make a Film About Edward Snowden? 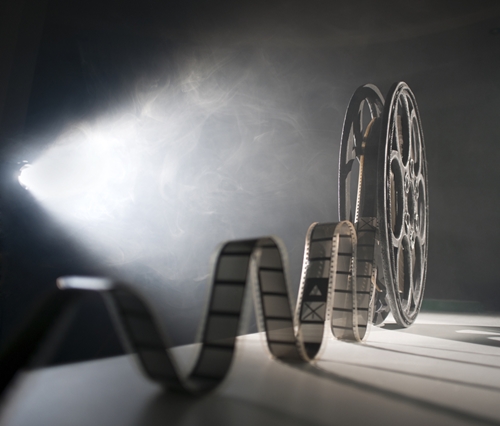 Answer: Not easily. First, start with a surreptitious email exchange – initiated by him. Next, travel to faraway places in the hope of meeting with him. Then meet with him. And lastly, say goodbye to your privacy, because you’re now a target of surveillance and a potential threat to national security. Such is the story of Laura Poitras and her new film, “Citizenfour.”

The investigative impulse
In the few documentary films she’s made, Laura Poitras has been impelled by an all-consuming curiosity that’s allowed her to embed herself in the lives of her subjects. When she shot “The Oath,” for instance – the story of two men with ties to Osama bin Laden – she had one of those two men, Abu Jandal, attach a camera to the inside of his cab. Formerly a bodyguard for bin Laden, Jandal allowed Poitras to mount the in-cab camera and in doing so gave her unfettered access to his daily life. As her choice of subjects for “The Oath” indicates, Poitras is someone who’s drawn not only to immersion, but also to controversial characters. Edward Snowden knew this when he reached out to her in January 2013.

A momentous email and a fateful choice
In a riveting account of the making of Poitras’ new film for The New Yorker, George Packer details the germinating incident for the documentary: namely a January 2013 email to Poitras from a then-unidentified source that began, “At this stage I can offer nothing more than my word. I am a senior government employee in the intelligence community.” Edward Snowden was the person who’d sent the emails, and in subsequent (and highly encrypted) email conversations with Poitras he explained not only what he intended to do – release files that illustrated widespread government surveillance – but also why he’d chosen her to help him.

As Packer explains, Snowden had already resolved to blow the whistle on the NSA before reaching out to Poitras. Whether she decided to work with him or not ultimately wouldn’t have altered his course of action. But Snowden wanted Poitras because he’d familiarized himself with her work, seen her films and considered her a kind of kindred spirit – someone whose unfailing devotion to liberty wouldn’t preclude taking some personal risks. Snowden’s impulse proved correct: The more Poitras learned about the documents he had – and the person he was – the more committed she became. Ultimately, she was one of the three journalists to receive Snowden’s documents and help disseminate them to the world at large. She also chose to make a movie about it.

Collaboration at a cost
Poitras’ work with Snowden and the years she’s spent on “Citizenfour” have not been without risk and consequence. Described as a quiet and reserved person by Packer, Poitras has necessarily been thrust into the limelight with her documentary, since no matter how you spin it, she’s an instrumental part of the story. In this way, “Citizenfour” represents a departure from her previous work, which was characterized by a total focus on her subjects.

Though she claims she’s long been the target of government surveillance – her documentaries and articles have led to her being consistently detained for additional screenings at airports – Poitras said that her helming of the Snowden film certainly didn’t help the situation. Indeed, the entire film has been assembled in upmost secrecy. But the effort seems to have paid off. Hailed by The Guardian as “brave” and “utterly engrossing,” the film will likely offer the closest thing possible to an authoritative study of Snowden, one based upon the hard-earned trust of its central subject.