The Political Buzz Behind Snapchat 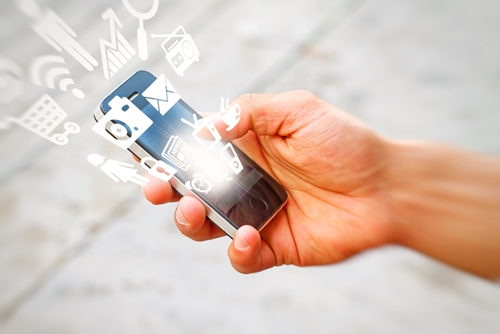 The app Snapchat launched in 2011 and took the tech world by storm. Over the past few months Snapchat has accumulated more money from investors, putting the company at a reported $16 billion valuation, according to CNBC. More recently, Snapchat has alluded to dipping their toes in the political pool, allowing for new media to have the potential to change the way in which we view traditional news.

Going live
Snapchat’s latest craze is its live stories. Here is how the feature works: The company creates a digital geographic boundary surrounding an event. Users within the boundary can upload their “snap” videos or photos to the event’s story. The snaps are sifted through and compiled by a team of Snapchat curators. After a live story is created, anyone with Snapchat can watch the narrative for the time that it is live (24 hours). Some of the most recent live events include the popular music festival Glastonbury and Hillary Clinton’s presidential campaign rally.

As a result of the recent $16 billion valuation, Snapchat has the funds to increase its story curator team including editors and reporting, covering news in a very untraditional but innovative way. With this, Snapchat is prepping for more advertising partners to coincide with the 2016 election. In late April, it was reported that Snapchat had hired political CNN reporter Peter Mamby, leaving the public curious as to what it has up its sleeve for the 2016 election.

Though both Snapchat and Mamby have yet to comment on the addition, Mamby’s credentials are nothing short of politically and technologically qualified. Mamby has been with CNN since 2004 where he developed a reputation for experimenting with new technology. But the biggest link that leads us to believe he is Snapchat’s secret weapon is his 2013 report for Harvard’s Shorenstein Center criticizing how campaigns were covered in the digital era. In his report he said social media forced both reporters and campaigns “to adapt to a treacherous media obstacle course that incentivized speed, smallness and conflict, leaving little room for good will or great journalism — but plenty of tweets.” Though Snapchat’s lack of permanency, with stories being deleted after 24 hours, may not appear to be the solution, it still has promise.

The numbers don’t lie
It’s no secret that keeping young adults politically engaged is no easy feat. With well over 100 million users, a huge portion being U.S. millennials, Snapchat might be the medium to shake up the next election.

“There are a lot of young people who are just killing time on their phones, who are on Snapchat and are not getting all that much exposure to political news right now,” Tim Miller, a communications adviser for presidential candidate Jeb Bush, said in The New York Times. “I doubt there will be any policy symposiums taking place on Snapchat, but you’ve got to find a way to reach people who aren’t reading long-form political articles.”

The reported audiences for Snapchat have been enormous. For example, during a 24-hour stretch in January known as New York’s “snowpocalyse” nearly 25 million people tuned in, according to the Times. Over the three day music festival Coachella, 40 million people watched the live feed. Snapchat CEO Evan Spiegel says that the app has 100 million daily active users, 65 percent of whom generate their own content every day. The way in which Snapchat allows for its members to be a part of a city, event or global community just by viewing a live story is what drives its users to contribute. Maybe the next community will be a political one.

To stay up-to-date on social media news and other breaking tech news, don’t forget to visit our Digital Media page.