Microsoft’s Investment In Uber: What Does It Mean For Businesses? 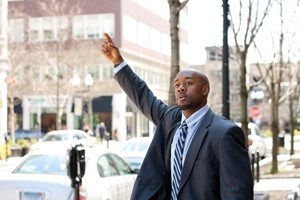 Rumors had been circulating for a while, but it was finally announced that tech giant Microsoft would be investing $100 million into ride share company Uber.

Rumors had been circulating for a while, but it was finally announced that tech giant Microsoft would be investing $100 million into ride share company Uber. Bloomberg News reported August 2 that Uber filed to authorize new funding earlier this year, and Microsoft’s investment was part of that portfolio.

The ride share company was previously valued at $40 billion when it raised financing earlier in the year, but now the company is worth over $50 billion, according to The Wall Street Journal. Microsoft’s investment, along with financing from other key players in the tech industry, will allow Uber to expand operations in cities across the globe.

If you’ve been on the Internet or out on the town in the last few years, you know the general concept of Uber. Instead of hailing a cab, you can contact and make payment to a person to transport you from point A to point B over a handy smartphone app. Uber drivers aren’t taxi drivers – they’re regular people looking to make extra cash by using their own cars to ferry people around. In effect, Uber has successfully monetized carpooling.

The company continues to grow at a fast rate. In the five years since it was founded, Uber has begun operations in more than 300 cities in 57 countries across the world, according to Computer Weekly contributor Warwick Ashford.

Some difficulties, but still strong
The popular ride share company has garnered some negative attention in recent months from multiple fronts. Some have criticized Uber because the drivers employed by the company are not licensed to operate taxis, which creates an unsafe situation for commuters. To this end, in August 2014 the app was banned in Berlin, according to Ashford, though it continues to operate in other German cities. However, the company continues to post strong profits and heavy growth, as shown by the fact that Microsoft finds it important enough for such a large investment.

What does this news mean for businesses?
Microsoft’s investment in Uber could have far-reaching impacts on businesses across the country. According to FierceCIO contributor Nancy Gohring, workers are already using Uber for business purposes, but ties to Microsoft could mean the app gets new capabilities and uses for business travelers.

These sorts of apps are already being developed by the two companies. For example, Gohring mentioned an Uber add-in for Outlook’s Cortana voice assistant that will notify users of a meeting in advance so that they have time to order a ride, with a link to open the Uber app so they can do so. In the future, with Microsoft’s involvement, more apps like this could be coming that may further streamline business travel and operations by allowing employees to jump right to ordering their ride on the way to the airport or to a meeting elsewhere in the city.

Other implications for this investment are possible as well. Microsoft transferred part of its mapping operation to Uber in late June, FierceCIO contributor David Weldon reported. This move may have been an indication of changes happening within the company, as mere weeks beforehand a leaked memo from Microsoft CEO Satya Nadella indicated that “tough choices” were ahead for the company. This included the transference of its map imaging operations to Uber – perhaps a precursor of the $100 million investment.

Only time will tell what’s in the future for these two companies. To stay up to date on breaking tech news and information on companies like Uber and Microsoft, be sure to visit our industry tech page!