Marketing Movies: How Cyberspace Is Changing The Game 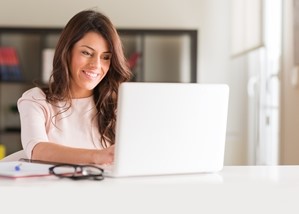 Fifteen years ago, selling a movie was pretty straightforward: In advance of the film’s release, you put out a trailer. And some billboards – or maybe a lot of them. Then you send your stars out on a pre-debut press tour to drum up more publicity for the film. If the movie is expected to be a blockbuster, you funnel big marketing bucks into it. If it’s not expected to do well, then perhaps you don’t.

But the centrality of cyberspace in everyday life has changed the ways movies are marketed – decidedly for the better. And now, thanks to the relative cost efficiency of Internet marketing, there’s the potential for small films, not just the massive ones, to have expertly crafted promotional strategies. Whereas film marketing used to be all about following a prescribed formula, the cyber generation of selling movies has made marketing all about finding a way to abandon conventions in favor of a unique approach.

A New Age Of Selling Movies
Just like the Internet can make stars of people who haven’t “broken into” the business, so too can it lead to success for films that otherwise wouldn’t have gotten much airtime. Here are some examples of viral marketing campaigns that helped lead small movies to big success:

Film advertising is just one of many enterprise sectors that are changing in the connected age. For up-to-date news about the meeting of industry and technology, check out our Industry Tech page!