Looking At Apple Pay in Action 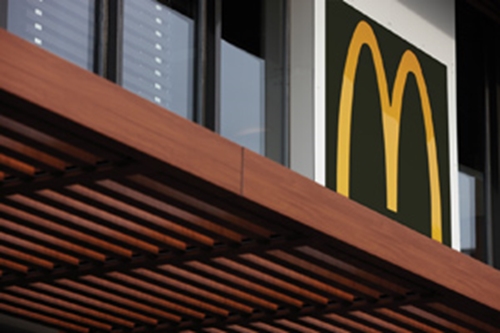 First people traded in goods. Then there was gold, then dollar bills, then credit cards. Now, thanks to the innovators over at Apple, the act of moving around currency has been reduced to its simplest form yet: the tap of your thumb on your smartphone.

Apple Pay: A great idea, but how does it work?
Back in early September, we covered Apple’s big product launch at which the company announced the upcoming releases of the iPhone 6 and the smartwatch, among other groundbreaking devices. Because physical devices are always going to be more attention-grabbing than new software or programs, the shiny new iPhone 6 eclipsed another big piece of news to come out of the product launch: the introduction of Apple Pay, a mobile payment method in which your smartphone basically becomes a credit card. So how does this happen? Some people have been putting it to the test to answer this question.

The TechCrunch test
Over at TechCrunch, reporter Kyle Russell walked into a San Francisco convenience store with the goal of putting Apple Pay to test on his new iPhone 6 Plus. For a hardworking journalist in the tech hub of the U.S., it should come as no surprise that the item he chose to buy was a can of Red Bull. Russell wrote that the process of prepping his phone for Apple Pay was quite fast – in fact, it took less than a minute. That’s because Apple offers two ways to set up your credit card info on an iPhone: In the first – and longer – way, you can manually input payment data. But with the second method – the one Russell chose – all you need to do is take a picture of your card with your phone. Voila.

A video documenting Russell’s test shows the ease with which he’s able to complete the transaction. After setting up the card, he goes to the counter, has his item scanned and then finishes the payment with a quick click of a button. But the simplicity on Russell’s end is thanks to a more complex bit of technology on Apple’s: Touch ID, which enables Apple products to recognize user thumbprints.

“Holding my thumb to Touch ID and my phone to the payment terminal, it took about a second and a half to register at Walgreens and the same amount of time at McDonald’s,” Russell wrote.

In an age when cyberattacks are rampant, the Touch ID features provides users with a much-needed sense of security since, after all, no two thumbprints are alike. Therefore, if an imposter were somehow to steal Russell’s phone and attempt to use it for a purchase, he or she wouldn’t be able to bypass the Touch ID level of security. Can you say the same about a credit card?

Mashable
If you thought Russell was the only one interested in rigorously documenting his inaugural use of Apple Pay, think again. At tech journal Mashable, Pete Pachal did the same thing. Evidently wanting to put a more ironic spin on his first Apple Pay purchase, Pachal chose to test out the service by purchasing an apple pie at McDonalds. The purchase was just as successful as Russell’s, and Pachal said he was impressed by the minimal amount of tech upgrades that stores need to do to accommodate Apple Pay. According to him, this is a testament to the company’s ability to work with existing technology.

“It doesn’t really require a lot of heavy lifting on the retailer’s part,” he said.

Between these two tests, we’d say things are pretty promising for Apple Pay.