The Latest on 2015 Smartphones 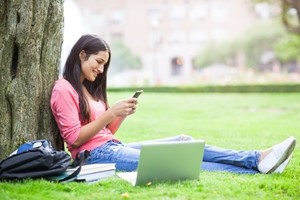 Here is the latest on the 2015 smartphone contenders to help choose what's best for you.

Finding the perfect smartphone in today’s age is no easy feat. With our world full of advertisements, you can feel like you’re being pulled in all sorts of different directions. Here is the latest on the 2015 smartphone contenders to help choose what’s best for you.

OnePlus 2
As the successor to the OnePlus One, which debuted in 2014, this Android-based smartphone follows the same popular design but with numerous improvements. Making its debut on July 27, the OnePlus 2 is said to have a metal build, a 3,300 mAh battery, 4G LTE with support for more bands and 4GB on Snapdragon 810 SoC as the main camera, all for the price of $450.

Unfortunately, obtaining the phone will still be done through an invite system, but this time around the process has been improved. The new system is as follows: Enter your email and you’ll receive an invitation as soon as the phones are available. Last year, consumers had to wait to receive invites, which were only available through social media channels or forums. Due to the phone’s improvements, this time around the producers also have more confidence which means a higher volume of phones available – about 30 to 50 times more than the last release. The OnePlus 2 team designed the new purchasing process with simplicity as a goal.

“Some people thought it was too difficult and time-consuming to obtain an invite or thought it was all some big marketing stunt. With the OnePlus 2, we’ve taken this feedback to heart and are introducing a few key improvements to the purchase experience,” co-founder Carl Pei revealed in a blog post.

Samsung​ Galaxy Note 5
The latest iteration for Samsung’s Galaxy Note series is rumored to be released in August or September. Another rumor suggests the phone will carry USB Type-C connectivity, making it the first phone to include these new standards. The new USB Type-C qualities include a reversible plug, a small size to fit in most mobile devices and a much higher power output than the previous Type-A and Type-B USBs.

iPhone 7 (or 6S)
There has been quite a lot of buzz regarding what the newest iPhone iteration will be like. History tells us that it will most likely be a 6s rather than a 7. Back in 2009, Apple upgraded from the 3G to the 3GS, then the 4S and 5S followed. However, this time around Apple should be upgrading the iPhone 6 and the iPhone 6 Plus.

Rumors state that this new phone won’t include a 16GB option. Instead, reportedly these phones will have 32GB, 64GB and 128GB options available. Though much of the design is not rumored to change, the size might. Engadget Japan suggests this smartphone will measure 7.1mm thick, which is a 0.2mm increase on the iPhone 6. The increase in bulk can be attributed to the pressure-sensing Force Touch technology. This feature already in the Apple Watch allows users to press harder on a trackpad or touchscreen in order to bring up additional menu items or functionality. For example, Force Touch in Apple Maps will allow a user to press harder on the screen to drop a pin for navigation or press hard on a word to bring up a definition.

For many people, the iPhone camera is their only camera so Apple is constantly looking to update its capabilities. Rumors believe that the iPhone 6S could come with a DSLR built-in camera. In addition, Apple is also increasing the production of this phone. In 2014, 70 and 80 million units of were ordered of the iPhone 6 and 6 Plus. This time around Apple is expected to ship between 85 and 90 million.

For the latest news on technology trends, visit our Emerging Tech page. For breaking tech news about the latest devices and for more information about other Apple products like the Apple Watch, visit our page devoted to Electronics, Devices and Hardware.