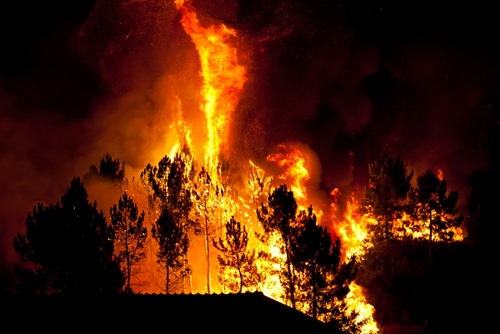 Geospatial technology has seen enormous growth in recent years as governments, citizens and businesses alike realize the potential benefits from using tools that take advantage of mapping tech. Now, according to SFGate, geospatial tools are helping people keep track of natural dangers that could lead to forest fires.

As the camping season ramps up in states like California and other places in the western half of the U.S., where most forest fires occur, government agencies are creating systems that allow campers and hikers to view fire conditions and locations of lightning strikes. Some applications have interactive maps that let users see fires and boundaries in order to know to steer clear of certain areas.

Campers and hikers aren’t the only ones who can use this technology for good. Today, geospatial technologies are helping firefighters pinpoint where fires occur so they know where to direct suppression efforts. The Forest Service has been using this sort of technology for a while. According to GCN, the agency uses a geospatial portal that allows first responders to direct their attention to the areas that need it during flooding and fire emergencies. The agency’s Fire Enterprise Geospatial Portal allows users to track forest fires by viewing temperature, wind direction and speed, precipitation and how much fuel there is available. Fire movements can also be predicted with this technology.

Not just forest fires
According to a recent report from the National Institute for Standards and Technology, the Internet of Things – which is heavily based on geospatial tech – could also become a useful tool in helping to fight fires in cities across the U.S.

“By bouncing signals off satellites in orbit back to gateways on the ground, fire-fighting personnel can establish communications with other jurisdictions or remote personnel without nearby dedicated infrastructure,” the report said.

The NIST report claimed that smart firefighting can take advantage of computer-controlled building management systems and the data that’s already present in order to form a more complete picture of areas affected by fire. Put simply, the IoT can inform firefighters’ strategies in responding to emergencies. Units can track current traffic patterns and determine how to quickly get to the scene of a fire and study building plans to figure out how best to go about suppressing the blaze.

This is only one way technology is improving our everyday lives. For more breaking tech news and technology trends, visit our Emerging Technology page.