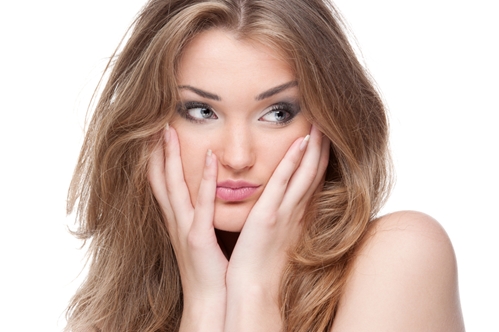 To contract Ebola, you need to have contact with the bodily fluid of an infected person. But to contract a bad case of human prejudice, you only need ignorance and an abundance of fear. It’s no wonder, then, that an alarming tide of racism is spreading far more virulently than Ebola itself.

The shocking racism Ebola has prompted
There’s no denying that Ebola is a scary disease. To read about its impact on the human body is not for those with light stomachs. Yet far more fearsome than the virus itself is the inexcusable strain of racism it’s spawned. And while Ebola can be contained in isolation wards, this kind of fear evidently cannot be. It’s a problem with which Shoana Solomon is all too familiar, according to The Guardian.

A TV presenter and photographer in the U.S., Solomon decided to move her daughter from Monrovia, Liberia, to the United States. This move happened back in September with little fanfare. Yet recently, Solomon said her daughter returned home from school with an alarming story. According to Solomon, one of her 9-year-old daughter’s classmates told the young girl, “You’re from Liberia, so you have a disease.”

Unfortunately, this kind of childish ignorance hasn’t been confined to kids alone. Very soon after the school incident with her own daughter, Solomon got a call from her sister. Solomon’s sister said her daughter experienced similar prejudicial treatment – except this time at the hands of staff, not a fellow student. Solomon said that after sneezing a little bit, her niece was taken out of class and isolated in a room. The girl’s mother was then called and instructed to keep her daughter out of school for a while. In this case, what happened at the school was even more vexing given that Solomon’s niece had never even been to Liberia.

So far in the United States, Liberian national Thomas Eric Duncan is the only person to have died from Ebola. His death has spread ripples of fear throughout the country, which has in turn mutated into something truly reprehensible: racism. According to The Washington Post, the pervasive fear of the disease has led to West Africans who live in the U.S. becoming the targets of baseless suspicion. One man from Liberia described a situation where he was on a bus and was asked by a passenger his country of origin. When that man, Alphonso Toweh, replied “Liberia,” his fellow passenger immediately moved away.

“He did not want to come close to me,” Toweh said. “People, once they know you are Liberian – people assume you have the virus in your body, which is not the case.”

Anxiety is understandable – racism is not
Because there’s no cure, and because it’s such a devastating problem in West Africa, it’s only natural that people in the U.S. are anxious about the spread of the disease. The vast majority of this anxiety is entirely unfounded – check out these Ebola myths to see how people can delude themselves – but still understandable as a human response to the unknown. However, the racism that’s taken hold of some people is not something that can be explained away – nor should it be considered a logical response to fear.

Instead of buying into hysteria and indulging in finger-pointing, it’s important that all people – not just healthcare experts – familiarize themselves with the facts about Ebola. It’s not a Liberian disease, it’s an illness that happens to be in Liberia. As with most everything, it would be far more productive to approach the Ebola situation with sympathy and understanding instead of fear and hysteria.