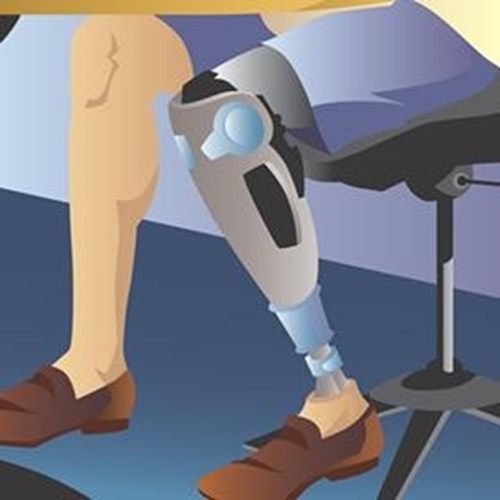 It was a weightlifting move that would intimidate even the most seasoned of bodybuilders, but for Kevin Ogar, the so-called “snatch” he performed in early January 2014 should have been more than manageable. What the snatch involves is picking a weighted barbell off the ground, hoisting it above your head, and then driving your knees up so you stand fully upright. It’s a popular move among weightlifters, particularly those who participate in CrossFit training, of which Ogar was something of a veteran.

But Ogar’s snatch during the OC Throwdown in Southern California didn’t go according to plan. In the three seconds it took for Ogar to raise the estimated 220 pounds above his head, his knees came unlocked, sending more than 200 pounds crashing onto his spine. Suddenly, the brawny, 6’1 superathlete was on the ground – and he wasn’t moving. When the news came out that Ogar had been paralyzed below the T-11 vertebrae – which sits at the bottom of the abdomen, just above the lumbar nerves – it sent ripples of sadness and shock through the CrossFit community. To watch a literally larger-than-life guy be confined to a wheelchair was barely conceivable.

But as unbelievable as Ogar’s injury was, it was nothing compared to what followed: Against all odds, and facing enormous physical obstacles, Ogar resumed weightlifting. And we’re not talking about basic strength training as a part of physical therapy. No – we’re talking about pumping iron only a few months after his injury. Far from letting his disability hinder him, Ogar has harnessed it to catalyze a new phase in his career, one characterized not by physical limitations, but by working through them. Last week, he took his first steps in leg braces. Since his legs have no functional ability, he powers the braces with his abdominal muscles, and uses his tremendous upper body strength to keep himself stabilized.

Ogar is a new breed of athlete. And he’s not alone.

Cyberathletes: A new breed of super-athlete
As a CNN article pointed out, technological advances in prosthetics have created a forum in which physically impaired athletes can perform their sports with an unprecedented level of ability. The article gives the example of Andy Lewis, an Englishman whose wish to serve in the army was derailed when he was hit by a truck and had to have the majority of his left leg amputated. At the time, Lewis believed his disability would prevent him from running. But more than a decade later, the Ottobock S380 came out. It is, as CNN points out, “the first above-the-knee prosthetic leg specially made for athletes,” and it helped lead Lewis to a gold metal at the Madrid World Paratriathlon back in September.

While Ogar has not yet benefited from technology such as that used by Lewis, it would be interesting to consider how he may be able to harness it in the future. Indeed, the realm of cyberathletics is one that’s in a rapid state of growth, as newer and more robust technologies emerge to realize the full athletic potential of physically encumbered athletes. However, there’s a debate emerging within the para-athletic community about whether tools like the Ottobock S380 – which provides shock absorption and a versatile range of motion – constitute an unfair advantage.

“The issue is whether technology is enabling or enhancing,” sports engineer David James of the University of Sheffield Hallam said. “There is potentially so much technology that could be used, but even if an athlete is less responsible, competition could still be valid.”

Though the debate about such technology is sure to rage on, there’s no denying the help it provides in opening up new possibilities for disabled athletes.