Artificial Intelligence: Where Does The Technology Stand? 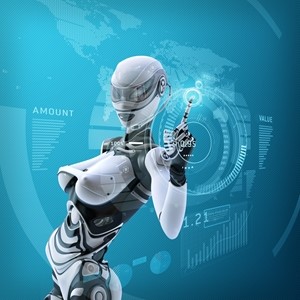 Artificial intelligence is becoming less artificial and more ingrained in our society.

Technology has come a long way since the science fiction television shows of the 1960s. More and more, we are witnessing the realization of the devices that TV audiences saw Captain Kirk use – like phones that look like Star Trek’s signature communicators, or technologies that some only imagined would take place in The Twilight Zone. One thing that has stayed in the mind of the public for years: artificial intelligence.

There has always been some level of AI in the public eye, especially in science fiction movies like The Terminator and AI. However, today’s scientists are still plugging away at creating the perfect AI that will be used in our daily lives. In London, AI is being used to create ads that change over time based on the reactions of the people viewing them, according to Tech Times.

Artificial intelligence and the Internet of Things
What are the impacts AI can have? The Internet of Things has been making waves in the tech community of late for creating connections between objects and people, and now artificial intelligence is going to be used alongside the IoT, as well. According to The Guardian contributor Andy Meek, the technology company Oblong Industries is interested in developing a new kind of interface for interacting with the sensors connected to the IoT.

“The optimist in me says, okay, millions of new objects all connected to the internet – wow, to make sense of that is going to require an incredible new interface,” said Oblong Industries CEO John Underkoffler. “I’d love to start thinking about that. How do we talk to all these objects in a coherent way? That’s a really great design problem.”

What is the future of AI?
We have already brought artificial intelligence to another level during this century. For instance, Martine Rothblatt, CEO of United Therapeutics, developed an artificial intelligence entity based on her wife, Bina. Bina48, according to Second Nexus contributor Matthew Nicholson, is a sentient cyber consciousness that is structured around the real Bina’s conscious mind, or “mind file.” The AI developed by Rothblatt exhibits human emotions and expresses the desire to garden.

It will be interesting to see what kind of AI is developed next. However, don’t worry – it’s highly doubtful we’ll be seeing any Terminator-type creatures in the near future.

For the latest breaking tech news or to read up on technology trends, visit our Emerging Tech page.