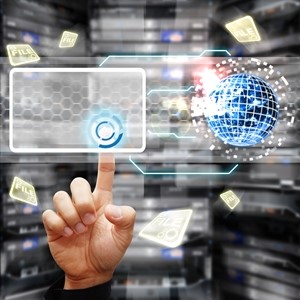 Tech giant Google announced on August 10 that it would be breaking off into multiple entities and forming a new umbrella corporation called Alphabet.

The tech industry is abuzz with news about one of its main players. Tech giant Google announced on August 10 that it would be breaking off into multiple entities and forming a new umbrella corporation called Alphabet. According to Wired contributor Cade Metz, Google will still retain control over Internet-centric services like Google Maps and Youtube, but the operations that aren’t based on the Internet, like research invested in cancer-detecting wristbands or smartphone operating systems, will fall under separate companies.

“Fundamentally, we believe this allows us more management scale, as we can run things independently that aren’t very related,” Google co-founder Larry Page wrote in a blog post announcing the change. “Alphabet is about businesses prospering through strong leaders and independence.”

Page will serve as the CEO of the new Alphabet corporation, and co-founder Sergey Brin will be the president. Page noted that they plan to have a CEO run each business that will essentially report back to him and Brin. Alphabet will eventually replace Google as the publicly traded company on the Nasdaq stock exchange, according to the company’s SEC filing.

What does this mean for the industry?
With the company restructuring, Google will be able to allocate resources and attention to its other projects without adversely affecting its primary Internet service offerings. The move means that the earnings of Google‘s core portfolio will be reported separately from the other projects. If the “moonshot” businesses, as Metz refers to them, turn out to be unprofitable, in other words, Google‘s primary functions will continue to show growth. As a business move, it seems fairly solid.

The creation of Alphabet may have other effects, as well. Some industry analysts and bloggers speculate that the fact that Alphabet’s domain name will end in .xyz signifies the beginning of the end of the .com era. According to Wired contributor Lexi Pandell, it can get expensive when trying to register a new top-level domain name, but the company called .XYZ managed to become the registry operator for the .xyz domain, hoping in the process to eliminate the .com popularity. Google‘s Alphabet, which will operate at abc.xyz, may be the first indication of that shift.

For more breaking tech news and information about the goings-on of industry giants like Google, be sure to visit our eBusiness Internet page! 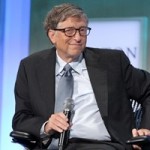