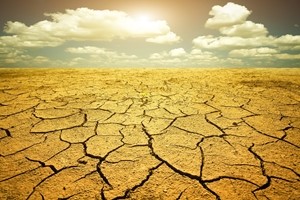 The drought in California is serious business. What are some of the technologies taking a stab at improving water conservation efforts?

No matter how you look at it, the drought situation in the western half of the U.S. – and especially in California – is serious business. The state government considers it one of the worst droughts in the history of California and has led officials to issue mandates on the use of water in homes and businesses. In an executive order on April 1, Governor Edmund Brown Jr. called for a statewide reduction in water use of 25 percent by February 2016, spurred by a severe lack of water resources. Surprisingly, in June, California’s water use dropped by 27.3 percent. However, the reduction of water use is just a patch – the real question is how western states will survive in the coming years if the drought lasts much longer.

In the midst of such a devastating situation, it’s no wonder the state is turning to technology to provide some answers. According to CNN contributor Heather Kelly, many of the current innovation efforts are focused on agriculture, since this industry is responsible for 70 percent of our water use. The governor’s April mandate doesn’t apply to food producers, but lack of water resources has made growing and harvesting high-water plants like almonds difficult for California farmers.

Desalination and reclamation
Two basic kinds of technologies based on helping us utilize the water that we do have are reclamation tech and desalination tech, which both involve creating fresh water from either the sea or by separating it from environments that make it unsuitable for human consumption. Innovations in these areas are becoming more common. For example, WaterFX is a company that desalinates agricultural wastewater, according to Boing Boing contributor Kiki Sanford. Instead of reverse osmosis, which is the normal purification method, WaterFX uses a unique solar thermal distillation technology that uses the sun’s heat to evaporate fresh water from the source.

The big data factor
As the drought continues, a lot of the tech surrounding water conservation in the agriculture industry seeks to collect and analyze big data in order to strategize and minimize consumption. By some estimates, the state’s economy has lost $2.7 billion as a result of the drought’s affect on the agriculture industry, according to Climate Central contributor Andrea Thompson. Startups like WatrHub focus efforts on reducing water use in agriculture by using big data sets to gather information about water and wastewater systems in the U.S.

In-home tech for water conservation
Water-saving technology isn’t just relegated for use on a large scale. In our homes, we can use tools like water efficient shower heads and high-efficiency faucet aerators, according to Clean Technica. No doubt more of these kinds of tools will be developed as the drought continues – but we can hope that the drought won’t last for much longer.

Never Go This Deep Down....

I Betrayed The Irish To Win Mario Kart 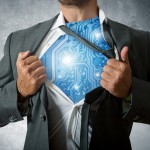 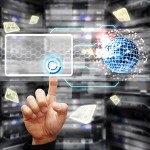